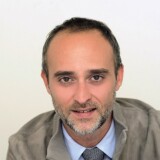 The 20th Century Design department welcomed the new expert Florent Jeanniard in June 2011. He studied Art History in France. He first specialised in Modern and Contemporary paintings as private dealer. Then, he worked progressively in the 20th Century Furniture market. He is passionate about Furniture from the 1930s to the 1970s and has a predilection for French Design from the 1950s until the 1970s. A former private dealer based in Paris, Florent Jeanniard has researched a number of notable artists and designers from the 1970s such as Maria Pergay, François See, Guy de Rougemont, Philippe Hiquily Claude and François Xavier Lalanne.