By Lisa Dennison
On 22 April, Sotheby’s will present A Vision: The Collection of Michelle Smith, an extraordinary auction featuring numerous masterpieces of the 20th and 21st century, spanning design, jewelry and fine art.

Trailblazing philanthropist, businesswoman and collector Michelle Smith brought her passion for art and design to life in her stunning Georgetown home in Washington, DC. Through careful curation and impeccable taste, Smith filled each room with works by leading contemporary artists, including ceramic artworks from Edmund de Waal – the renowned English sculptor, artist and author. De Waal's large-scale ceramic installations have appeared in museums and art exhibitions around the world, including at the Frick Collection, New York and the British Museum, London.

In anticipation of the upcoming auction, A Vision: The Collection of Michelle Smith, Sotheby’s chairman Lisa Dennison talked with de Waal about his patron and friend, Michelle Smith.

W hen a mutual friend introduced Michelle Smith to Edmund de Waal, her first question for the artist was about the music he likes to listen to while working in the studio.

“It was a wonderful opening question,” says de Waal. “It took us straight into a discussion of Bach’s Goldberg variations, chamber music and vocal music.“ The artist quickly realized Smith held a private passion for music, alongside her more public patronage of artistic and social causes.

Out of the conversation came an idea: would de Waal create an installation for a music room? Smith wanted a proper salon, like the Fragonard room in the Frick Museum, in which to host her eclectic group of friends. A quartet of works would sit in the four corners of her dining room, a musical echo to the conversations that would take place around the table. De Waal titled it Lebensstürme, “the storms of life,” in reference to Schubert’s sonata for double piano (four hands). In honor of the new installation, Smith surprised de Waal. He remembers, “After I executed the works and came up to install it, unbeknownst to me, [Smith] brought in an extraordinary pianist to play during the evening. The installation was launched with music. It was spectacular.”

“The installation was launched with music. It was spectacular.” 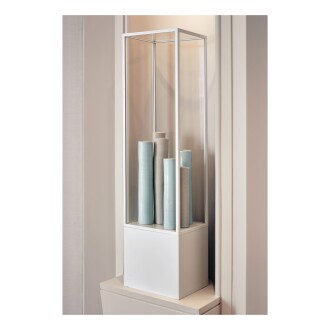 The elegant, gilded porcelain vessels stood tall in their individual vitrines, acting as refined tuning forks for the evening’s festivities. Each contains a few golden shards, inspired by the Japanese tradition of kintsugi: broken vessels are mended with gold, making the break a sign of honor and memory. 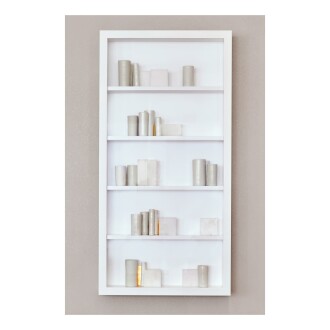 As soon as the first installation was complete, Smith commissioned a second. “I just can’t stop,” she told him. De Waal recalls that “Michelle was one of those rare people who was very serious about contemporary design and applied arts – very few people in the world are so finely attuned to those particular arts. She was a very great patron to work with, and she lived in the most beautiful space possible.” 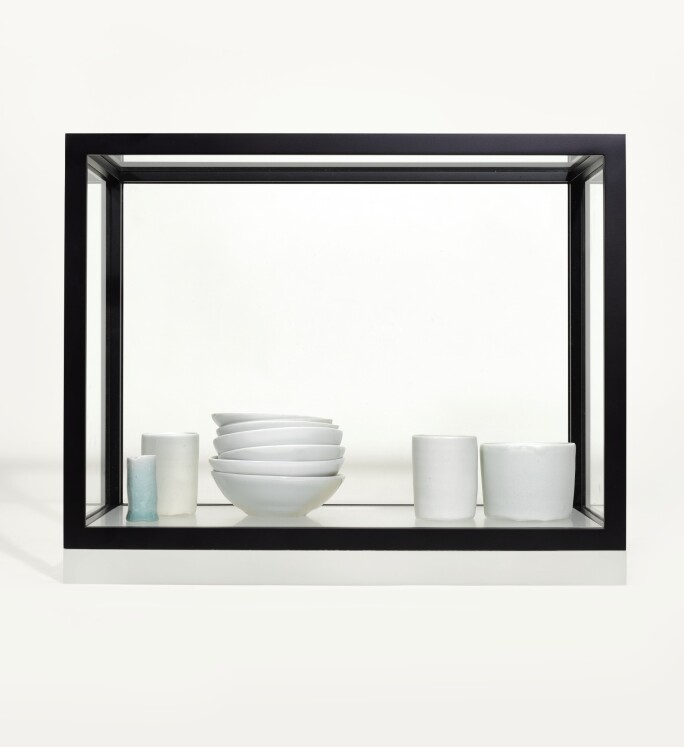 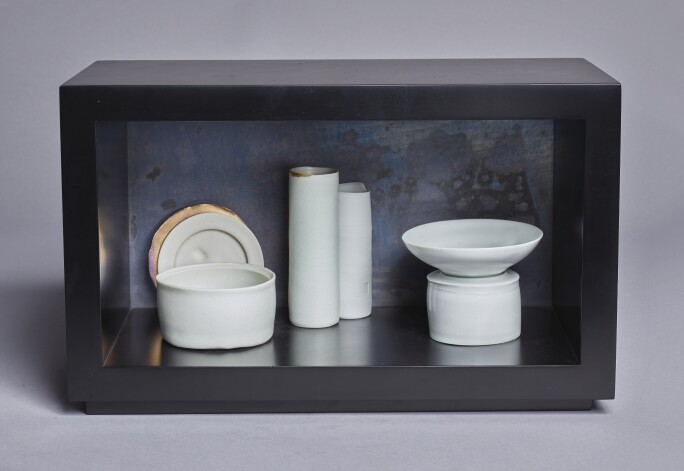 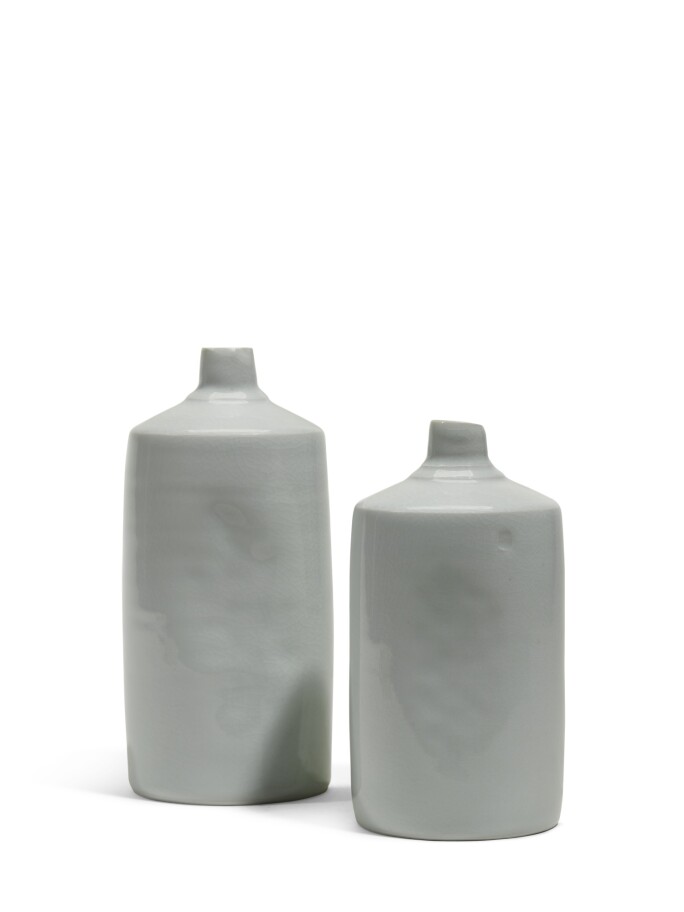 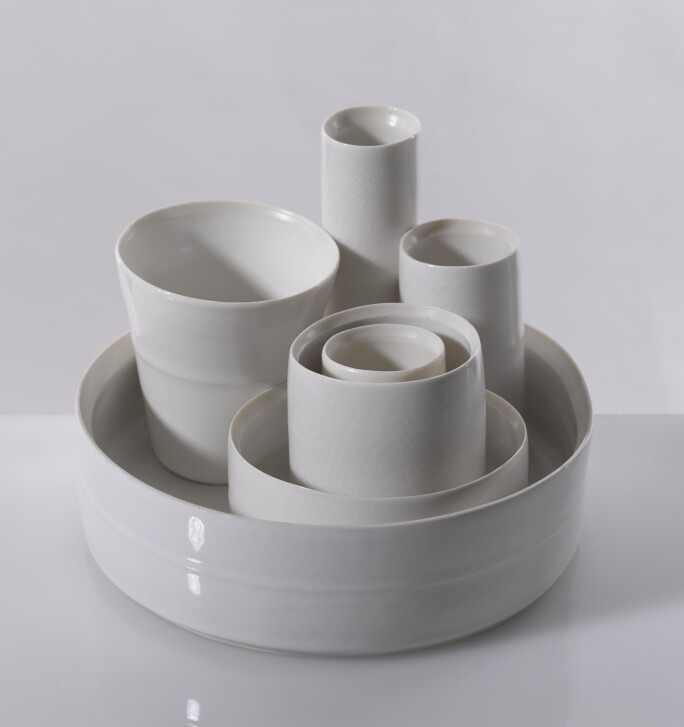 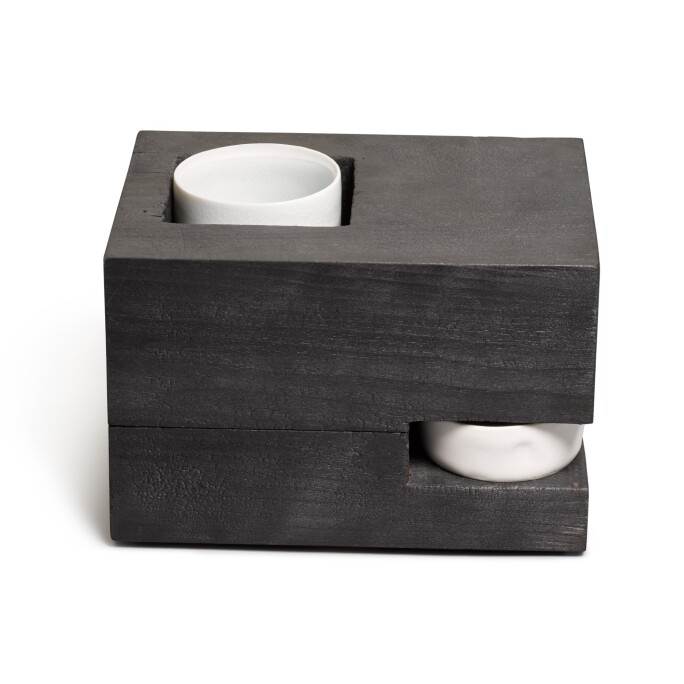