Masterpieces by Gerrit Rietveld from the Collection of Michael Maharam 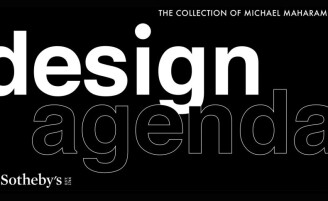 O ver the course of two decades, Michael Maharam has quietly and diligently assembled one of the most important and complete surveys of authentic and early Gerrit Rietveld chair designs outside of public institutions. The collection reveals the conceptional narrative that confirms Rietveld as one of the most rigorous and innovative thinkers in modern design, fluently certain of concept and skillfully versatile in medium. The collection is spearheaded by an exceptional example of Rietveld’s century-defining masterpiece — the “Rood Blauwe stoel” of 1919 that was to re-wire critical thought and synthesize boundaries between art, architecture and design— and concludes with symmetrically-paired examples of his final work, the refined Steltman chair of 1963. Rietveld’s genius was one of inquisitive reduction, the removal of the extraneous to deliver practical poetry of a cerebral, ambient type. Consistent within all the chairs presented in this collection, is a resolute confidence in the aesthetic and intellectual value of reduction — the substance of a chair is now merely traced by the delineations of the frame, the components identified, exploded, and now held static in time, space and volume.

Assured in his conceptions, Rietveld proved no less skillful as a constructor of forms. If the chairs in this collection consistently reveal the expressiveness of positive and negative space, then innovation and technique support equal resonance. Punctuating this narrative are chairs made from plywood, from steel rod, or from solid timber dove-tailed and cantilevered into impossible structures. Aspirations towards decoration are tangential yet present in color or contrast, or the suppression of massing through apertures drilled to a seat-back, accented lightly with chalk to emphasize the woodgrain. Deprived of materials during wartime, the Moolenbeek armchair of 1942 reveals as an exercise in the rearrangement of identical components to deliver competent form — no less rigorous than the simple pragmatism of a 1920s Military stool, or the expressive structural streamlining of his post-war Danish chair. Through these rare artefacts Gerrit Rietveld communicates an important and precious legacy, one defined by certainty and consistency, and undiminished in the capacity to inspire. Discover select Gerrit Rietveld highlights from Collection of Michael Maharam below.

“The substance of a Rietveld chair is merely traced by the delineations of the frame, the components identified, exploded, and now held static in time, space and volume.”

Gerrit Rietveld’s iconic armchair belongs to a brief yet explosively creative chapter in his development as an architect and designer, capturing the intellectual and artistic tumult of a world now in change. The earliest examples of the chair, shown in its present configuration without side panels, were created around 1920-1921 and the first examples were lightly stained as opposed to painted. In the instances where the original provenance has been preserved, it is evident that these were chairs that were acquired by those friends and colleagues closest to Rietveld’s milieu.

The present example must be situated within this important cultural context, a forward-thinking environment that advocated conceptual and aesthetic inquisitiveness. This example was one of two originally owned by the celebrated painter Charley Toorop (1891-1955), and used in the villa that she herself designed De Vlerken, in Bergen. A contemporary photograph records Toorop seated in her chair. An associate of Bart van Der Leck, and of Piet Mondrian, examples of Toorop’s paintings are held in several Dutch institutions, including the Boijmans Van Beuningen Museum, Rotterdam. Her daughter-in-law was the photographer Eva Bensyo, who also owned a grey-painted example of a ‘Red / Blue’ chair, now in a private collection since 2006.

The chair here offered originally came to market in 1989, and retains a direct line of provenance having passed from Toorop to her secretary, Marijke Henneman, around 1950. The chair then entered the collection of the celebrated New York collector Stanley J. Seeger, before being acquired by the present owner in 2003. Until this date, the chair had been covered with a later layer of pale grey paint, which was meticulously removed to reveal the remarkable original palette of grey, with yellow accents to the terminals here shown.

Technically, this chair reveals characteristics entirely consistent with early 1920s manufacture. In addition to the dimensions of the billets, which became progressively thicker over time, the chair features a seat and back delivered from panels of solid wood, and with the distinctive rippling to the underside of having been cut on a bandsaw. Solid seats and backs were used, as here, on the earliest examples of this form, however they were prone to cracking and warping, and by the mid-1920s Rietveld was utilizing rigid plywood boards on subsequent examples, and replacing the solid boards on earlier examples. To the lower back of the present chair is a shallow crack that has been reinforced from the rear, identifying it as one of the few early examples to have retained the original solid boards. These essential details, together with evidence of a thin black stain as the primary surface to the timber, attest to a chair that would have been executed in the earlier part of the 1920s. All the examples of the chairs executed before 1925 were made by Rietveld himself assisted by three technicians, one of whom was Gerard van de Groenekan and who in 1925 assumed control of workshop production, with Rietveld himself now too busy with architectural projects.

Rietveld’s designs for “Beugelstoele”, or “Frame Chairs”, underlined the architect’s quest for reductive rationalism in his furniture designs, evolving the narrative that was initiated with his ‘Red Blue’ open armchairs of 1919, with the graphic minimalism of the Zig-Zag chairs of 1932. Unlike the ‘Schroder’, or ‘upright’ chairs of around the same period, and which retained the rectilinear aesthetic consistent with those earlier models, the various types of “Beugelstoele” offered a more sinuous, organic styling to their structure, enhanced by the dynamic curves of the steel structure paired with a curvaceous, ergonomic seat. Contextualizing the “Beugelstoel” to the late 1920s, it remains challenging to imagine society’s willingness to accommodate such reductive, minimalist structures, and yet the model was popular enough to remain in production with Metz until at least the early 1930s. Beyond the unique technical and aesthetic innovations of the design, Rietveld’s real triumph with the “Beugelstoel” was to deliver a functionalist, industrialized product that was now democratized as aspirational and stylish concept.

The present chair can be situated as amongst the earliest of Rietveld’s designs for steel-framed furniture, and represents an important pivot from the artisanal workshop production of earlier models, towards the aspirations for serial production that would be realized with the Beugelstoel during the late 1920s and into the 1930s. Of simple rectilinear profile, and with modest concessions to comfort offered by the angled seat and hinged back, the design acknowledges the pioneering metal furniture then being developed at the Bauhaus, whilst maintaining the graphic formality of Rietveld’s billet furniture of the early 1920s.

Only three examples of this important transitional design are known to exist. One of these, with black-painted seat and grey-painted frame and with provenance to Truus Schröder, is today in the collection of the Centraal Museum, Utrecht. The third example, with provenance given as the Schröder House, was sold at Sotheby’s Amsterdam in 1988. The location of this example, which featured grey-painted seating elements and a silver-painted frame, is currently not recorded.

Whilst reference to this model’s association with Truus Schröder is persuasive, the earliest published photograph of the model dates to the “Erasmulaan” model home exhibition of October 1931, and there exists reference to another example being again exhibited the following year at the Werkbundsiedlung, Vienna 1932.

Of these three examples, the present chair is the only example to celebrate the constructivist personality of the structure through the bright primary colors associated with De Stijl. This important and presumably unique variant was included in the seminal 1991 exhibition “Pioneers of Modern Furniture” curated by Fischer Fine Art in London, a retrospective that is today widely regarded as having been pivotal to the reappraisal of important Modernist design
.

Rietveld’s design for an easy chair skillfully incorporates modern plywood-bending technology to deliver a design assembled from the minimum number of components, and with no visible means of connecting. Both in terms of materials and concept, the "Danish" chair presents as a unified, one-piece entity potentially suitable for serial production. However, despite the elemental simplicity of the design it would appear that very few examples were produced, and that several of these, including the present example, were retained by the designer. Furthermore, amongst those extant examples, of which around ten only can be counted to exist today, there is a strong degree of variety both in terms of the shapes of the elements, and moreover the colors used, with no two examples being painted alike.

Of these 10 examples, two are prototypes: one of metal, and one of fiberboard, and both are retained in the Centraal Museum, along with an example painted red with white rims. Other painted examples are retained in the Delft Technical University, and on loan to the Rijksmuseum. There exist three examples in natural, unpainted plywood, these being retained in the Minneapolis Museum of Art, the Musée des Beaux-Arts de Montréal, and the Vitra Design Museum.

Only two examples of this important design are in private collections - the present example, and another grey-painted with white rims, sold at auction in 2009. The present example is unique amongst all painted versions of this design, by virtue of the blue-painted plywood strap that contributes to a sensation of visual weightlessness. The chair acquired the title “Danish Chair” subsequent to an exhibition in Denmark in 1952.

This design was originally created for the Steltman Jewellery Shop in the The Hague, and was conceived as both left- and right-hand versions that could be associated to create a single seating element. A remarkable design in which positive and negative space occupy equal resonance, the “Steltman” chair must be regarded as a masterpiece, and was the last chair designed by Rietveld before his death the following year. The two chairs originally created for the jewellery store were upholstered in white leather, and are now lost. According to Tjerd Deelstra, a former pupil of Rietveld at the Delft Technical University, the architect had informed him that the lightly transparent cream stain utilized on this and other designs, was selected out of appreciation for the salt-bleached driftwood to be found nearby on the beaches of The Hague.