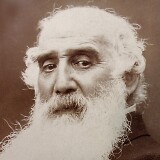 Works by Camille Pissarro at Sotheby's 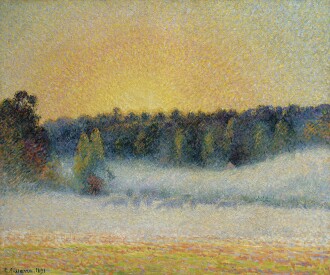 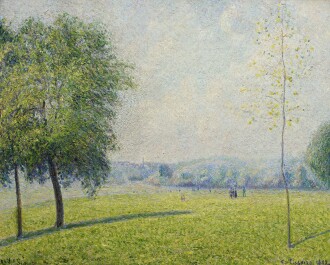 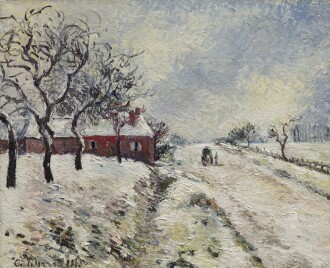 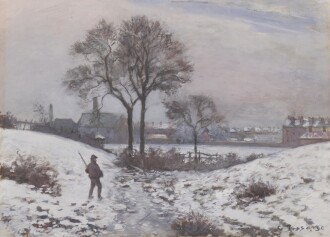 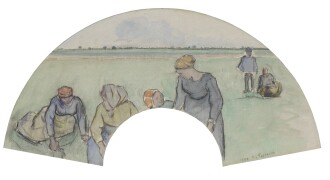 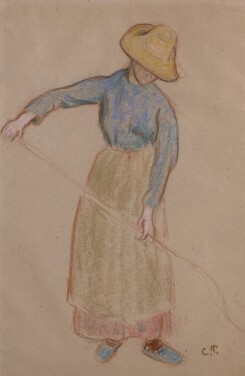 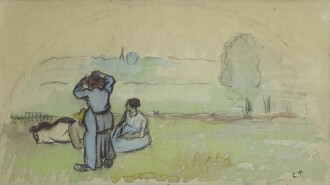 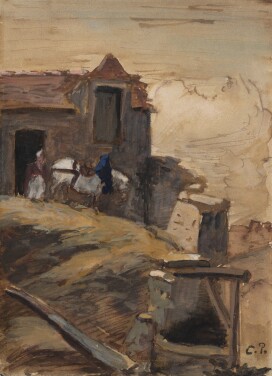 Born in the Virgin Islands in 1830 to a French-Jewish father and Creole mother, Camille Pissarro grew up largely in France in a boarding school before returning to the island of St Thomas to work in his parents’ retail store. By age 22, Pissarro left home to travel briefly with the Danish painter Fritz Melbye before moving to Paris in 1855. He studied art at several different schools, including the École des Beaux-Arts, under some of the most famous artists of the time, including Jean-Baptiste-Camille Corot and Gustave Courbet. Corot proved to be a powerful influence on Pissarro, and his influence can be seen in much of his early work.

In 1859 Pissarro met the painter Claude Monet, with whom he would become a pivotal figure of the Impressionist movement and the development of plein-air painting. Pissarro also showed alongside other Impressionist and Post-Impressionist artists such as Paul Cézanne, Paul Gauguin, Édouard Manet, Pierre Auguste Renoir. Nearly a decade older than his cohort, Pissarro acted as a mentor for many of these artists.

In 1885 he met the painter Georges Seurat, a meeting that initiated a brief period of experimentation with Neo-Impressionism; this, however, did not last, and he eventually returned to a true Impressionist style by 1890, though with a slightly looser use of brushwork than in his earlier compositions. Throughout the following decade, Pissarro made drawings and prints as well as paintings, working until his death in late 1903.

Museums with Works by Camille Pissarro 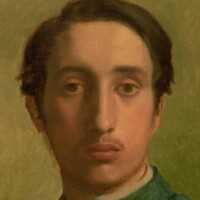 Type: artMovement
Category: Art Movement
Post-Impressionism
Sotheby’s presents a guide to Post-Impressionism art. Browse artwork and art for sale and discover artists, historical information and key facts about Post-Impressionism.
Please note that prior performance of the indexes and realized returns contained herein does not guarantee future results. In addition, there is no guarantee that random collections of individual works of art or stocks will yield index returns. We are not financial advisors and we are not in the business of recommending art as an investment. We also have no comparative advantage in forecasting the future direction of the art market. Investment decisions should be based on the risk return tolerance and time horizon of the investor with, if desired, the support of a licensed financial advisor. This information is provided "as is" and with no representations or warranties either express or implied of accuracy, merchantability, fitness for a particular purpose or of any other nature are made with respect to this information or to any expressed views presented in this information.