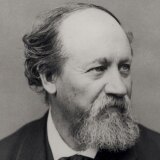 Works by Eugène Boudin at Sotheby's 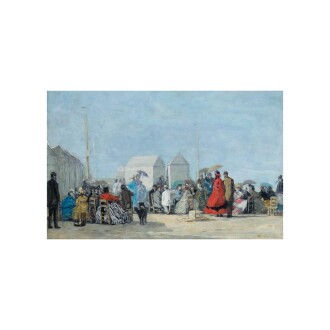 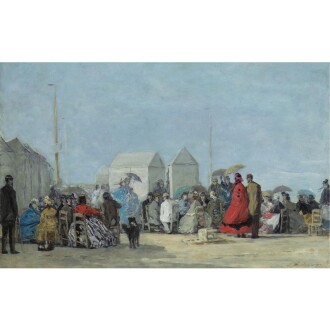 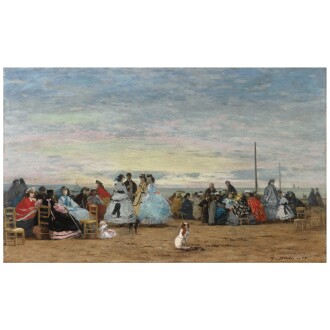 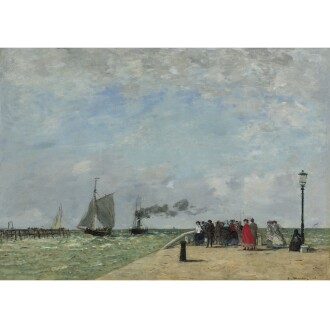 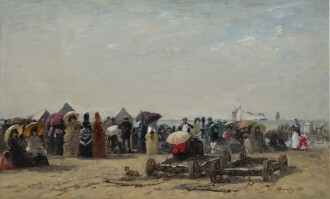 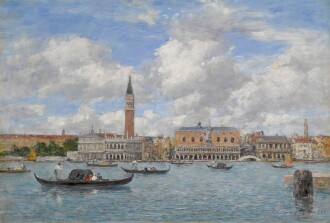 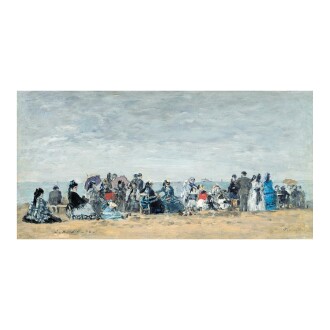 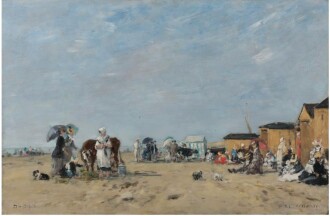 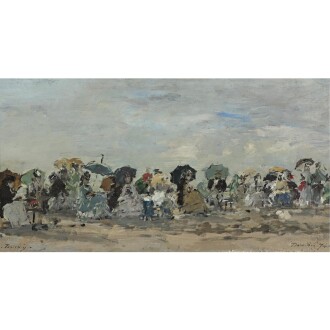 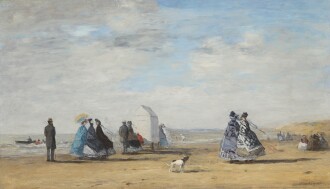 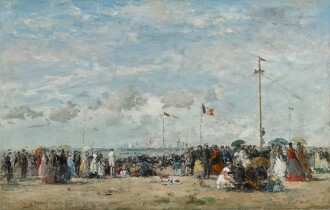 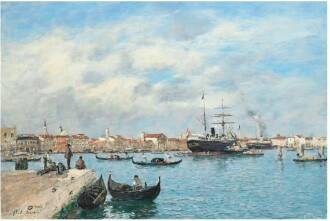 Called “the king of the skies” by Jean-Baptiste-Camille Corot, Eugène Boudin was among the first French painters to work en plein air. His breezy beaches, bustling ports and twilit harbors are evocatively rendered with a synthesis of literal positivism and lyrical expression, and were a prime inspiration to his friend, Claude Monet.

Eugène Louis Boudin was born on July 12, 1824 in Honfleur, France, the son of a harbor pilot turned picture framer. Having opened up his own frame shop, Boudin became acquainted with Jean-François Millet, who encouraged the young Boudin's early artistic pursuits. At 22, he shuttered his shop to travel through France and Belgium and paint full-time. His work was first called to public attention by Charles Baudelaire upon his debut at the 1859 Paris Salon. Around this time, he befriended a teenaged Claude Monet and convinced him to try his hand at landscape painting. Boudin later exhibited with the Impressionists at their seminal show in 1873, but did not forswear participation in the Academy, as his younger and more provocative colleagues did. Indeed, Boudin won several Salon medals in the 1880s and in 1892 was made a knight of the Légion d'honneur. He died on August 8, 1898 at his home in Deauville, within a stone's throw of the English Channel which had figured so prominently in his oeuvre.

Boudin's work can be found in the permanent collections of the Princeton University Art Museum, the Brooklyn Museum and the Musée Malraux in Le Havre, among many other major world institutions.