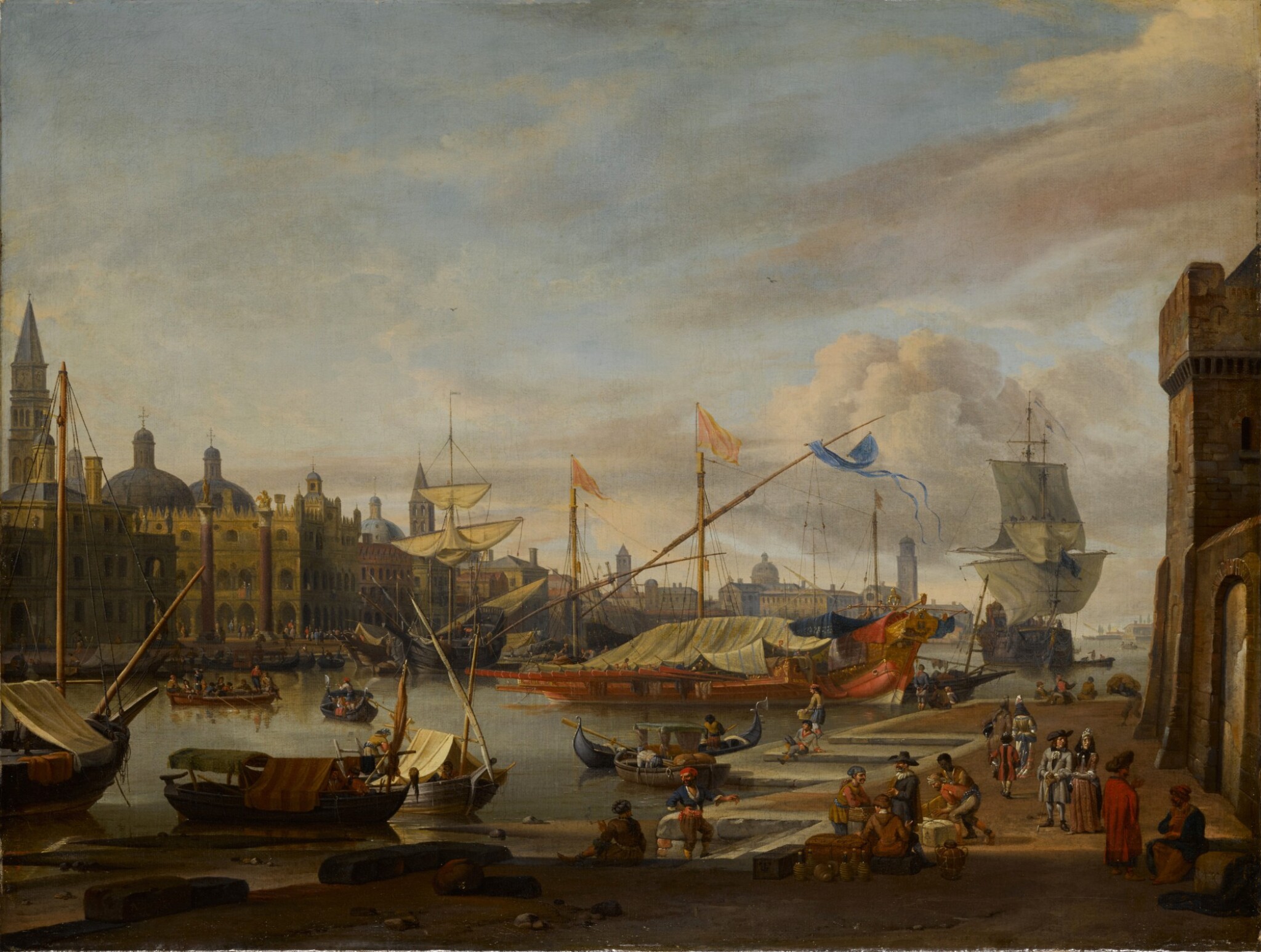 The canvas has a glue relining and remains planar and stable under a fresh, clear varnish. The paint surface is in good condition with only very subtle craqueleure visible. The colors remain bright and the details are well-preserved; overall the painting presents very well. Ultraviolet light reveals scattered, subtle pinpoint restorations throughout the canvas, mostly to address craqueleure or strengthening. More restorations are visible along the edges than in the composition. The only notable area of restoration is a vertical line, about 6 cm. long, running along the right edge of the ship at far right and just into the edge of the shore. Offered in a carved giltwood frame, the painting is ready to hang as is.

Abraham Storck trained and worked with his father, Jan Jansz. Storck (a finschilder painter), and his brother Johannes, who was ﬁfteen years his senior. Of the family of artists, Abraham was the most prolific and accomplished. His work was considerably influenced by fellow Amsterdam marine painters Ludolf Backhuysen and Jan Abrahamsz. Beerstraten.

The present painting depicts a capriccio port scene clearly inspired by the Grand Canal in Venice. Storck is not recorded as ever having travelled to Italy, but his knowledge of its architecture and landmarks was likely enhanced by artistic contemporaries such as Jan Asselijn and Jan Weenix, who brought back detailed accounts of their travels by way of their paintings. Although Storck’s topographical harbor scenes are imagined representations, they can be considered important precursors of the celebrated Italian capricci and architectural fantasies of the eighteenth century.

At the time of the 1989 auction, the present painting was sold as a pair with another canvas by Storck depicting A Capriccio Southern Port Scene.1 In that sale, the pair was listed as having been acquired in Russia circa 1900 by the father of the owner.