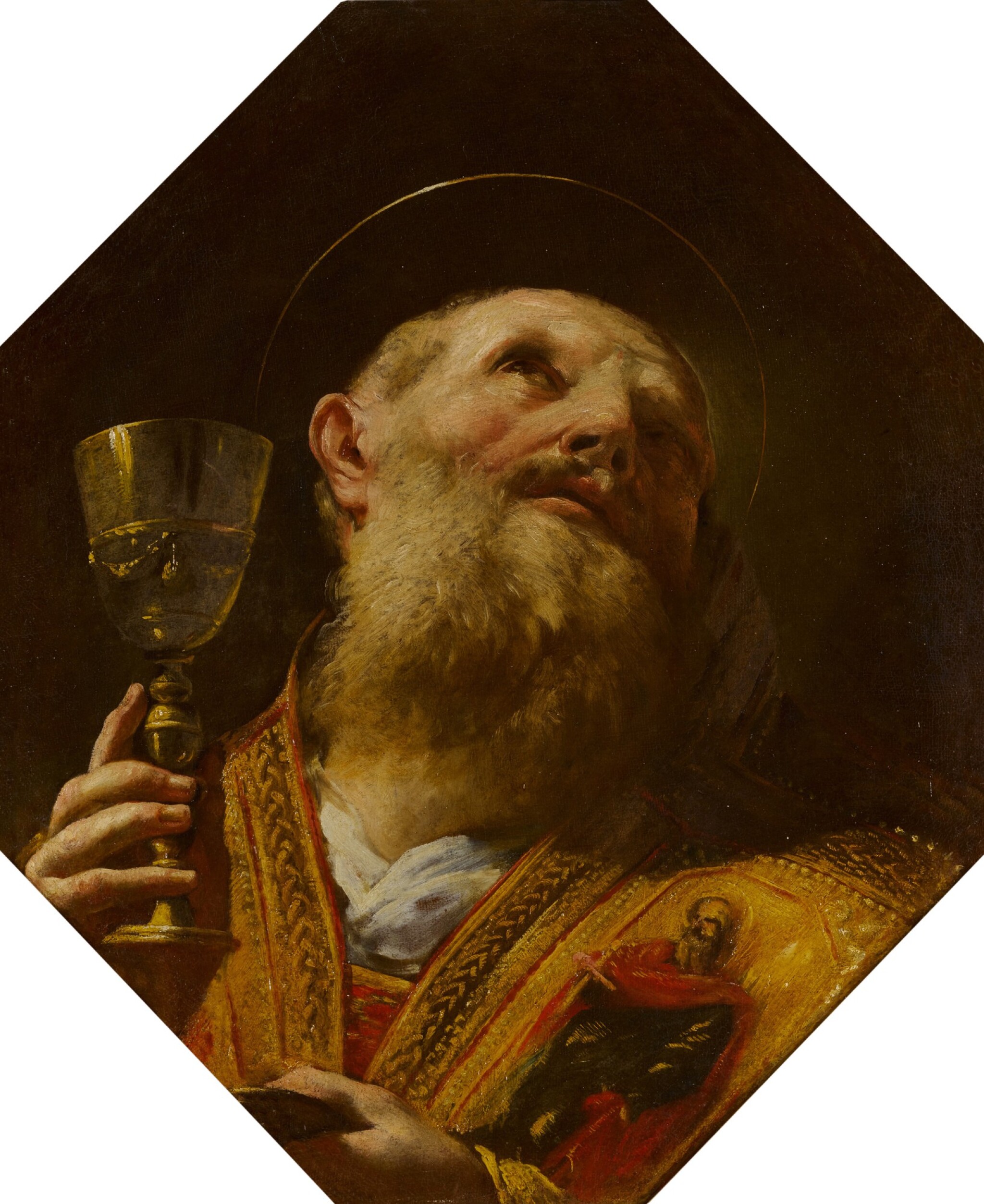 The canvas has a modern relining and is stable on its stretcher. The image reads well beneath slightly discolored varnish with highlights in the halo and chalice and impasto in the face retained. The canvas weave is slightly visible to the naked eye but is not distracting. No repairs or retouching are obvious to the naked eye. Under UV inspection, the varnish fluoresces unevenly and impedes further inspection, though a few small dots of retouching are visible, and other retouching may be present beneath the varnish. The painting can hang in its present state. Offered in a decoratively carved octagonal giltwood frame.

Identified in 1995 by Erich Schleier as the work of Charles Mellin, this octagonal painting is probably the one listed, without attribution to an artist, in the 1655 inventory of Maffeo Barberini, Gonfalonier of the Catholic Church and the grand-nephew of Pope Urban VIII. Another painting from his 1655 inventory, also of octagonal format and identical dimensions, was probably its pendant: it depicted a saint in prayer with hands folded and head raised, a favorite pose of Mellin's.

The saint depicted is difficult to identify, but the chasuble he wears shows Saints Peter and Paul, a type often worn by popes. Possibilities include Saint Gregory the Great, although this figure lacks the attributes of the dove of the Holy Spirit, book, and quill, and Saint Urban, though it is unlike Mellin's other representations of Urban. The age of the figure, chalice, and chasuble suggest a papal figure. The composition was a popular one, with at least eight copies made before the nineteenth century, including examples by Giullaume Courtous and Joseph-Marie Vien.1 The face, shown di sotto in su, is very similar to that of Mellin's St. Francis of Paola now in the Musée Lorrain, Nancy.2