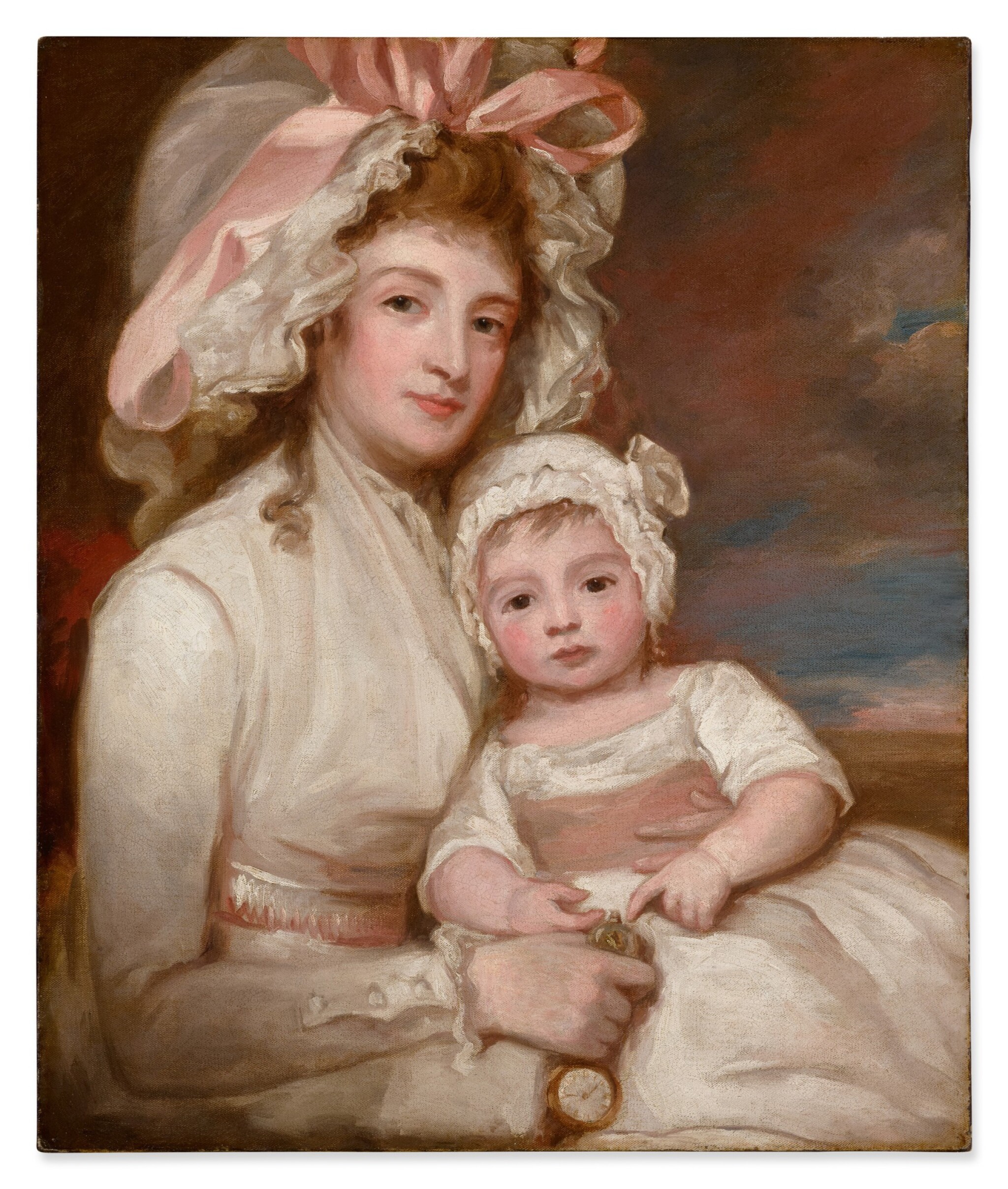 To request a condition report for this lot, please contact Alison.MacQueen@sothebys.com.

Ernest C. Innes, London;
Anonymous sale, London, Christie's, 30 November 1917, lot 119;
With Leger & Sons, London, 1918;
Sir Carl Ferdinand Meyer (1851-1922), 1st Baronet of Shortgrove, London;
Thence by descent to Lady Adele Meyer (1855–1930), London;
Her sale, London, Knight, Frank & Rutley, 11 December 1925, lot 442;
Anonymous sale, London, Christie's, 30 May 1930, lot 164;
There purchased by Amodio;
Thence by familial descent;
Anonymous sale, Paris, Drouot, 7 April 2004, lot 20.
A. Kidson, George Romney, a Complete Catalogue of his Paintings, Vol. I, New Haven and London 2015, p. 38, cat no. 18a.
This portrait of Mrs. Henry Ainslie and her son Henry is believed to be an autograph version of Romney's original painting of the same sitters from 1787. That work left the Ainslie collection in the 1890s where it was then acquired by Alfred Beit by 1900.1 Although it is unclear why Romney would have made a second version of the portrait, the slight differences in the details offer some possible insight. As Alex Kidson points out when comparing the two portraits, the face of Mrs. Ainslie in the present portrait appears more cheerful and broad, most likely due to requests from the sitter and/or her husband.2  Mr. and Mrs. Ainslie were favored clients and good friends of the artist so it seems plausible that the family requested Romney to execute a second version which were not entered into the artist's own documentation.

Henry Ainslie, a physician, married Agnes Ford in 1785 of Monk Coniston in the church at Colton. She was was the daughter of Richard Ford, founder of the Newland Company, which would later be called Harrison Ainslie. The Ainslie's owned a large area of land called Ford Lodge at Grizedale, where they planted thousands of larch trees. This land would form the basis of Grizedale Forest.