F or the late master of Yidetang, the collecting of Chinese imperial porcelain and works of art was an all-consuming passion to which he devoted much time, thought and boundless energy. It is his passion and his eye that permeates each and every piece in this small selection of exquisite imperial wares from the hundred years that span from the late 17th to the late 18th century, the apex of material refinement in China’s long dynastic history. For the master of Yidetang, the fundamental tenets of collecting were rooted in history and craftsmanship and, most of all, a quest for imperial taste specifically that of the three great emperors of the Qing dynasty. Not that his wide-ranging tastes made him any less sensitive to the charm of earlier dynasties and, indeed, the collection includes fine examples of Chinese art from the dawn of civilisation in China all the way to the rise of the Republic of China. This collector loved Chinese art and he loved it generously, almost obsessively, embracing it in all its many guises.

Yidetang's three decade-long quest for imperial taste would lead him to grow fond of the entire spectrum of styles developed over centuries at the imperial kilns in Jingdezhen and the offerings in this sale capture the richness of the imperial potter’s language with sublime examples of monochrome, blue-and-white and enamelled porcelain. The lover of monochrome porcelain will find here delicate lemon-yellow cups moulded as flowers, a washer naturalistically moulded in the shape of fruit dressed in a thick Guan glaze in which the Yongzheng Emperor once washed his brushes and an elegant vase of hu form covered in a rich crushed raspberry red glaze suffused around the generous belly with milky-blue cascades. The finest tradition of blue-and-white porcelain is represented in the masterful conjoined vase, among the great achievements of potters working to impress the Qianlong Emperor. The piece is constructed as a single vase sprouting five mouths, like a porcelain bouquet, a whimsical creation that would have delighted the emperor. There is a wide range of enamels on offer, whether they be doucai or wucai, after styles developed in the early decades of the Ming dynasty, or yangcai, the last important technical innovation in the history of Chinese porcelain that came into full bloom during the Yongzheng and early Qianlong periods. The finest doucai wares typically decorated in contrasting translucent enamels include an elegant bowl with immortals in a landscape, a rare pair of wide bowls with ‘dragon’ roundels and a most exquisite pair of cups with gem-like ruyi designs, all from the Yongzheng period. Meanwhile, the yangcai wares include a magnificent pair of yellow-ground candlesticks that would have lit up a Buddhist altar in one of the Qianlong Emperor’s palaces as well as an exceedingly rare tripod cup stand painted with rocky outcrops jutting from waves dating to the 8th year of Qianlong’s reign (1743).

It is Sotheby's greatest privilege to present this selection of exquisite porcelains from the Yidetang collection and it is an occasion to celebrate one of the greatest collectors of Chinese art in recent memory. 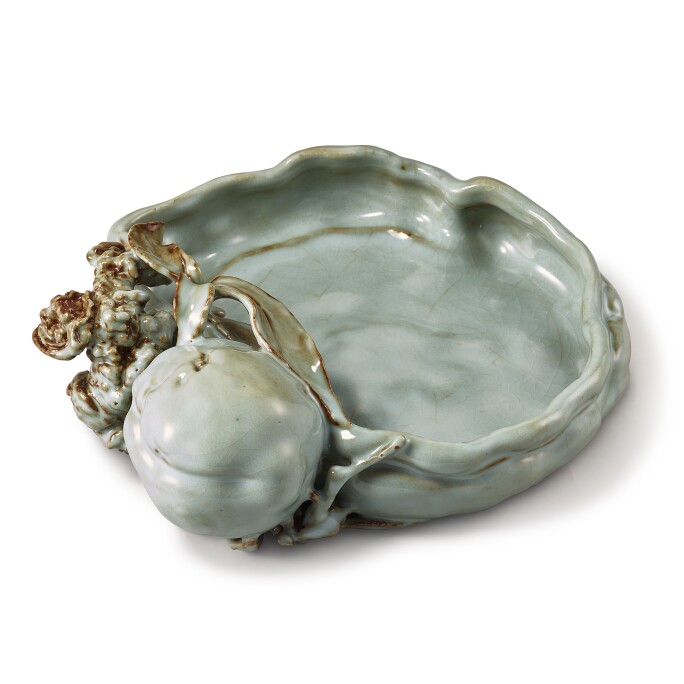 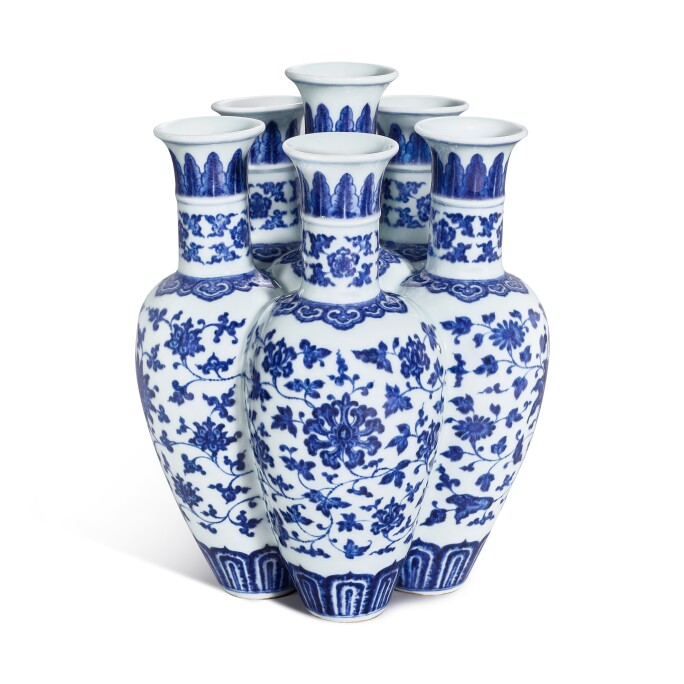 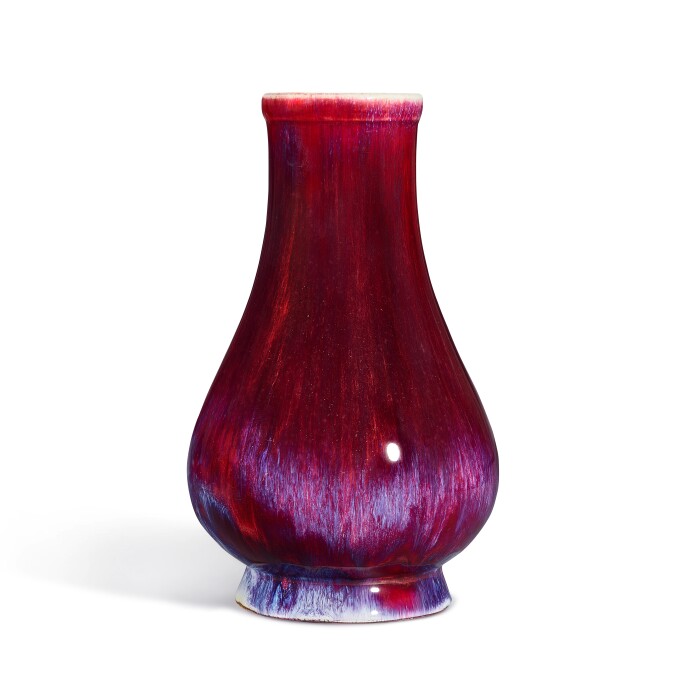 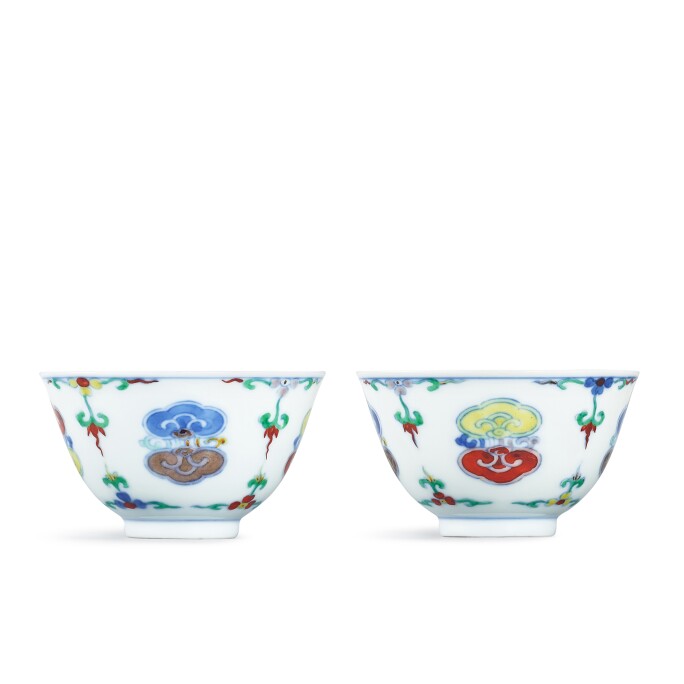